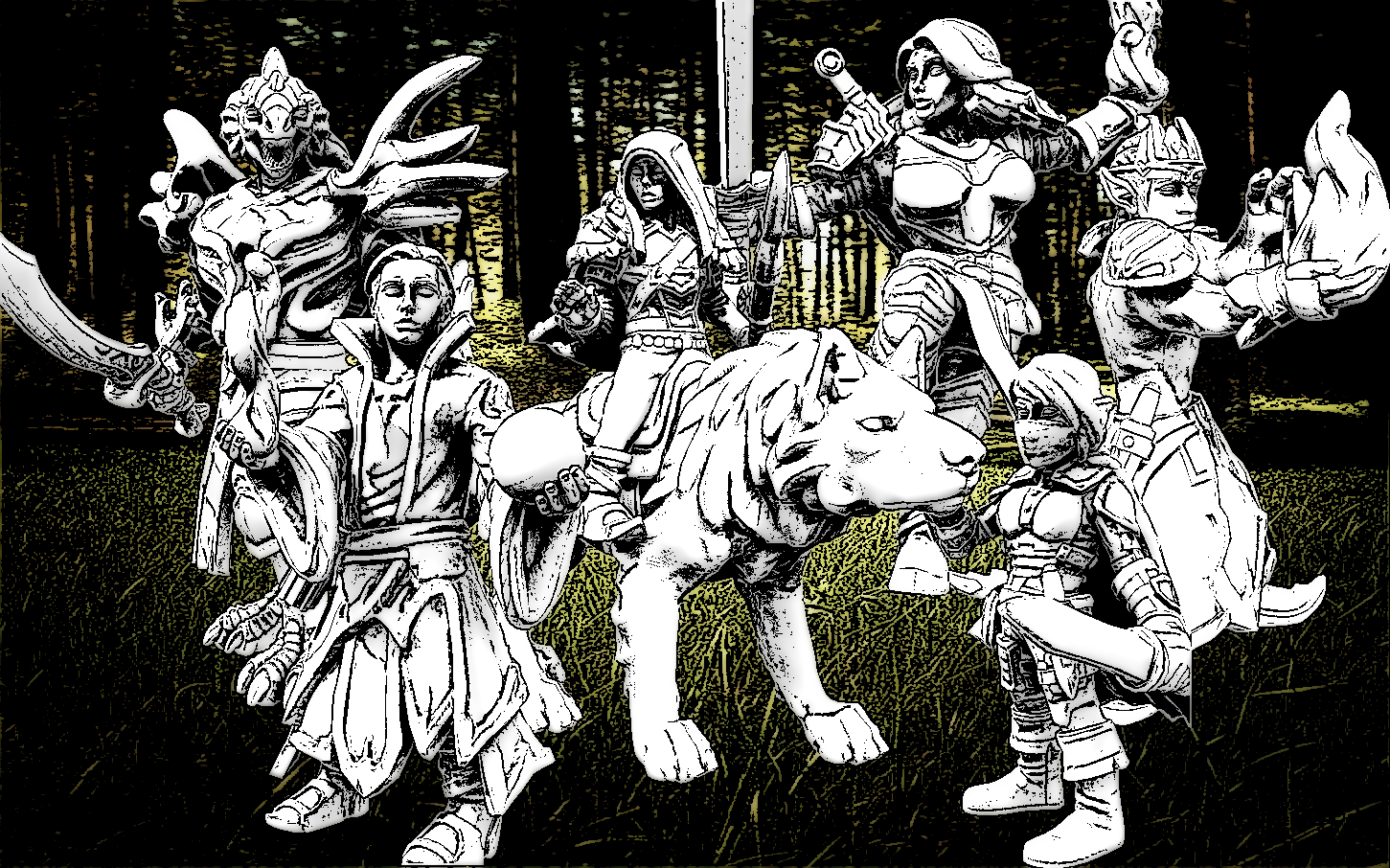 Rough wooden shacks dominated the riverfront, only occasionally broken up by the shattered outcropping of a stone pier or shattered crystalline spire that were ruins of the old keep. It had been picked over fervently, and thoroughly, and what was left was infested with the dregs of the world. People and creatures that were outcasts elsewhere, found a place of inclusion here. It was as if all of the people of the world that had been swept into the cracks and crevices of upstanding society were deposited here, on the north shore of the remains of the once proud Zhentil Keep. Truly, it was a thriving town now, but it was built on a foundation of thievery, slavery and the idea that anything could be purchased with enough coin.

A cage filled with a dozen dirty elven children is dragged to a grouping of tarp covered cages, each movement drawing a low chorus of mild groans from those that still had the energy to do so. An emaciated looking dwarf barters with a pair of ursine looking orcs – bugbears perhaps – over the contents of a cage of human children. The transaction goes quickly, and the cage is hoisted onto a makeshift cart before being wheeled away to some horrible fate. None bat an eye at the wailing cargo being hauled away, as merchants continue to hawk their wares to the teeming masses that push their way, drudgingly through the muddy streets.

Everything seems spattered with the ruddy red-brown mud, though the glint of shining steel draws an eye as a group of well-armed men push through the rabble, shoving those unfortunate enough to not move in a timely fashion into puddles, stalls and manure in order to make way for the unit. A prominent tabard of an upraised black gauntlet is displayed on all of the men, who use this symbol to cow those that would not respond to their boisterous vocal threats. Even orogs and ogres startle at the display of those tabards, moving quickly to leave the vicinity of that display. The men crowd into a map makers stall, two cornering the merchant and berating him, while the others tear through the tables, searching out something in the wares present, tossing those that do not meet their interest into the mud, while a pair of the group stand at the edge of the stall, turning away those that would stop and gawk at the scene.

Even as the populace moves past the scene, lowering eyes and averting gazes from the vendor’s stall, a cry goes up from those guards, one grabbing his throat as a crimson spray erupts from between his fingers. He opens his mouth in an attempt to say something to his wide-eyed comrade, but only blood spills forth, as a sharpened shard of steel is exposed through the bottom of his mouth – a shuriken or flingbar having caught him at the base of the throat and tearing upwards through the floor of his mouth. Within seconds, the guard falls to the ground, his lifeblood pumping weakly, while the other tabard-ed men search wildly for the culprit. A urchin points to the stalls across the avenue, where a figure cloaked in tans and taupes flees the shadows of the stall, pressing deeper into the crowd, shouting, “You cannot begin to know the power of the goddess, Zhent dogs!”

I'm sorry, but we no longer support this web browser. Please upgrade your browser or install Chrome or Firefox to enjoy the full functionality of this site.